This page collects screenshots from various simulations based on MFEM. Additional images can be found in the GLVis gallery. 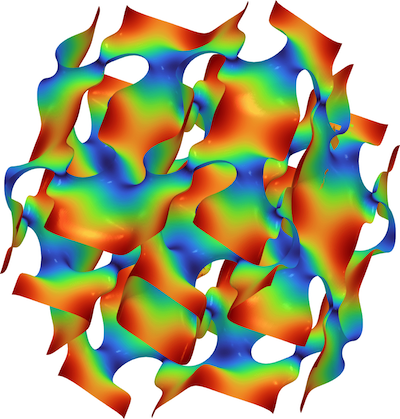 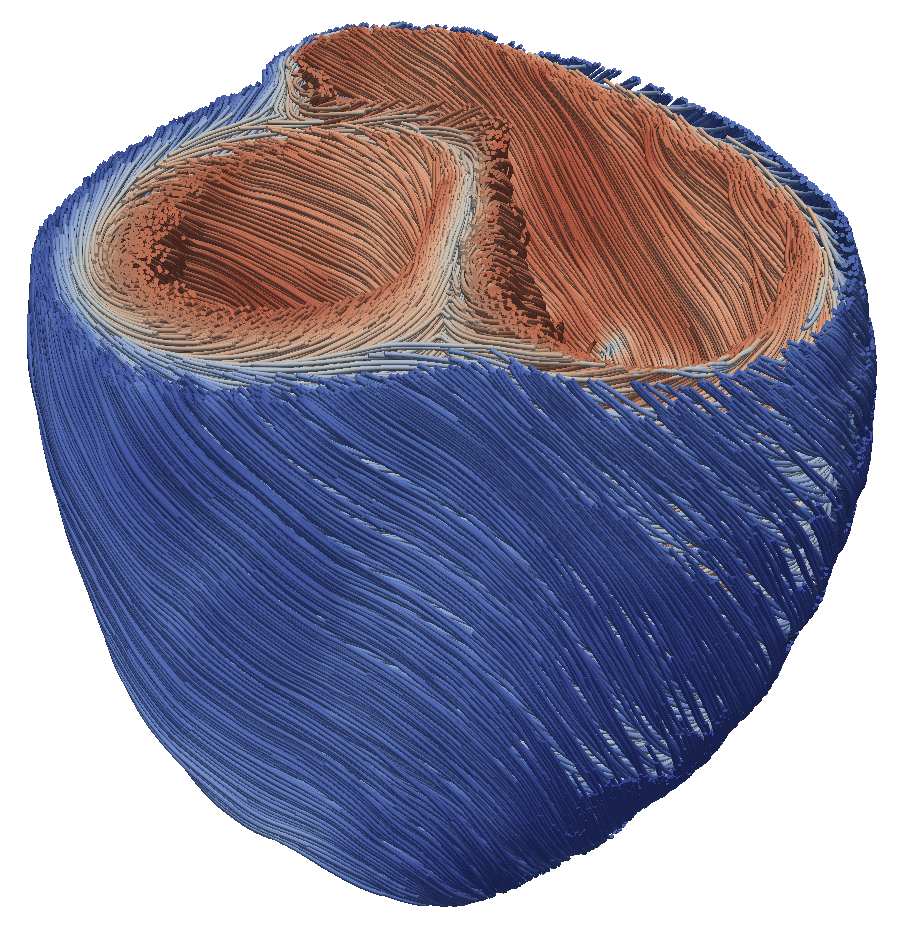 Fibers generated by LDRB approach based on 4 Laplacian solves in the Cardioid project. 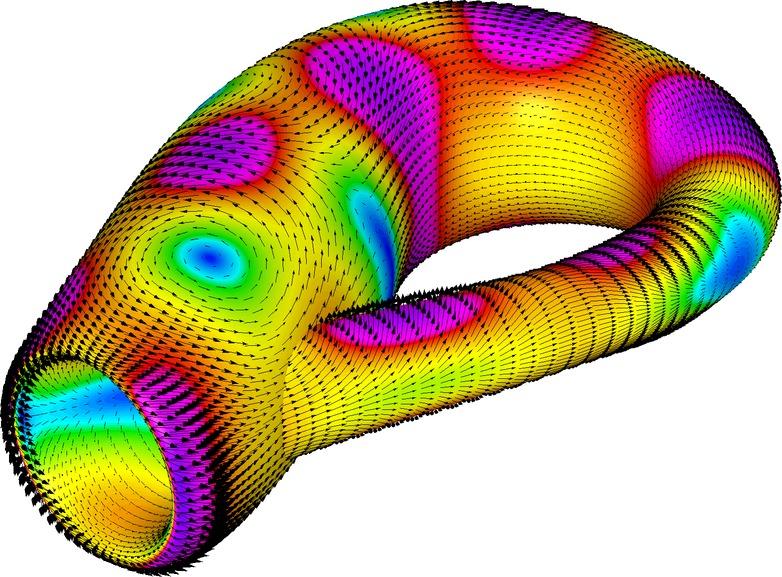 Solution of a Maxwell problem on a Klein bottle. Mesh generated with the klein-bottle miniapp. Solution with Example 3.

Comparisons of equipotential surfaces and force lines from Maxwell's Treatise on Electricity and Magnetism with results from MFEM's Volta miniapp. 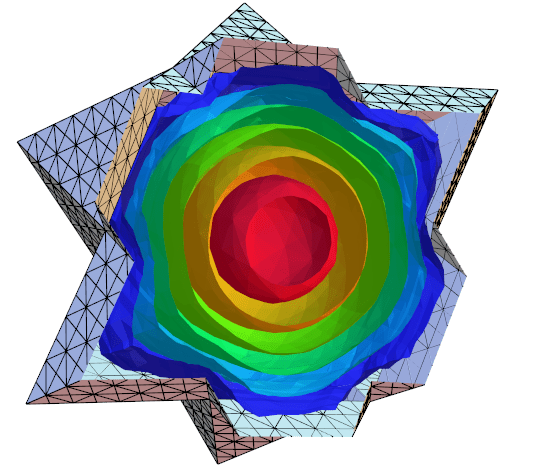 Level surfaces in the interior of the solution from Example 1 on escher.mesh. Visualization with GLVis. 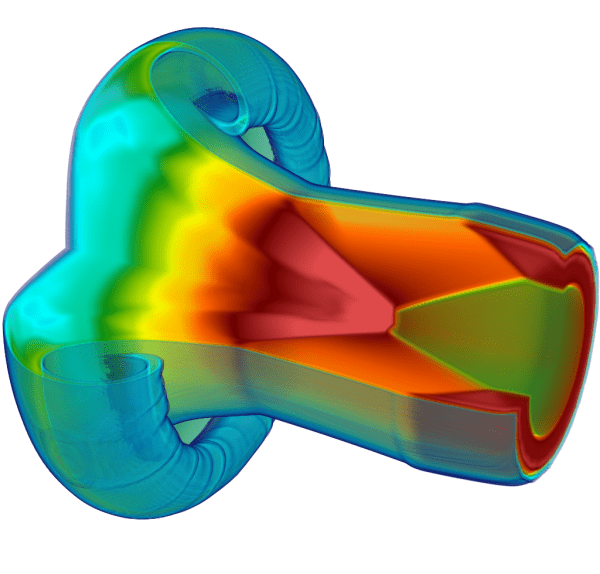 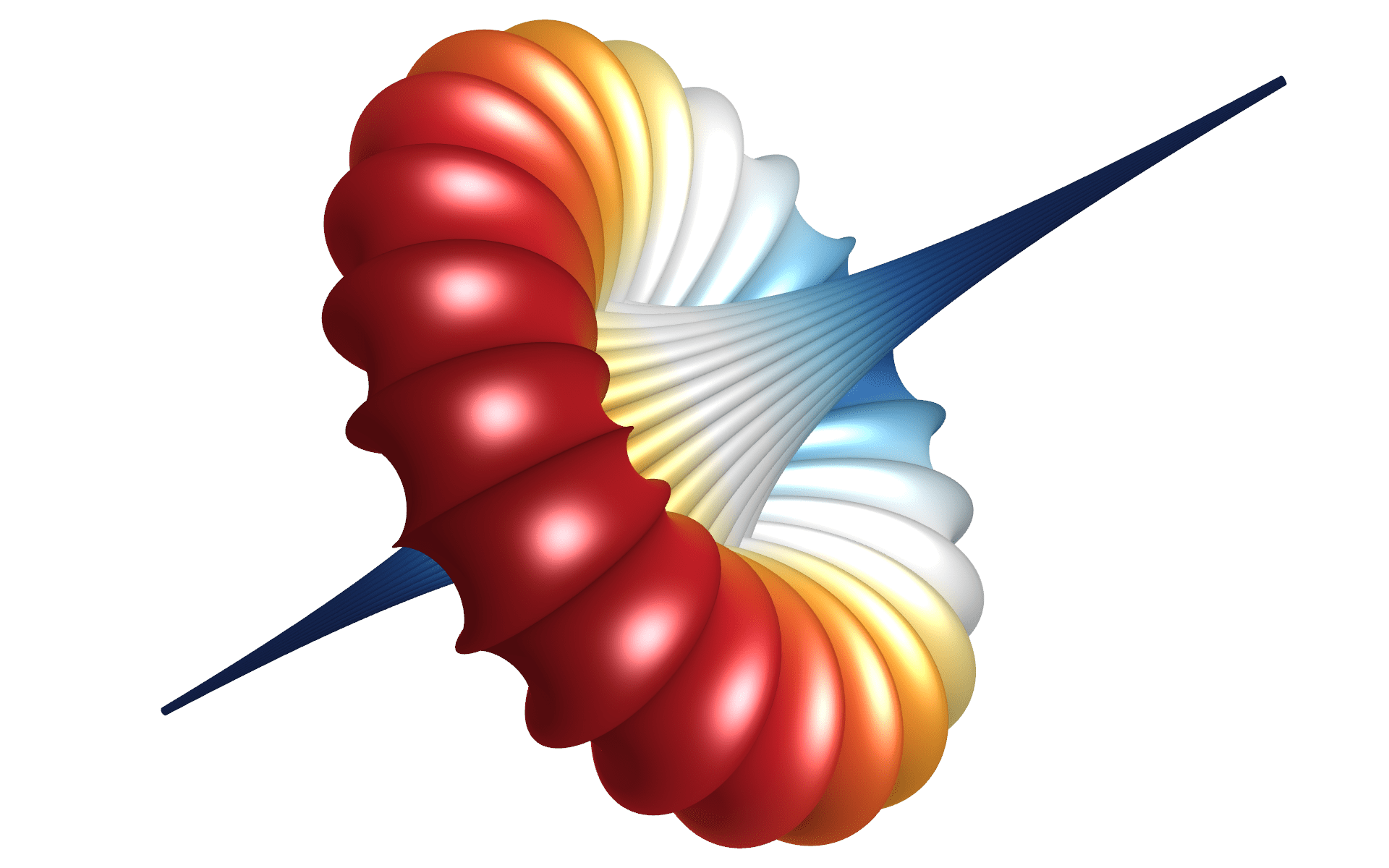 Poisson problem on a "Breather" surface. Mesh generated with the Mesh Explorer miniapp. Solution with Example 1. 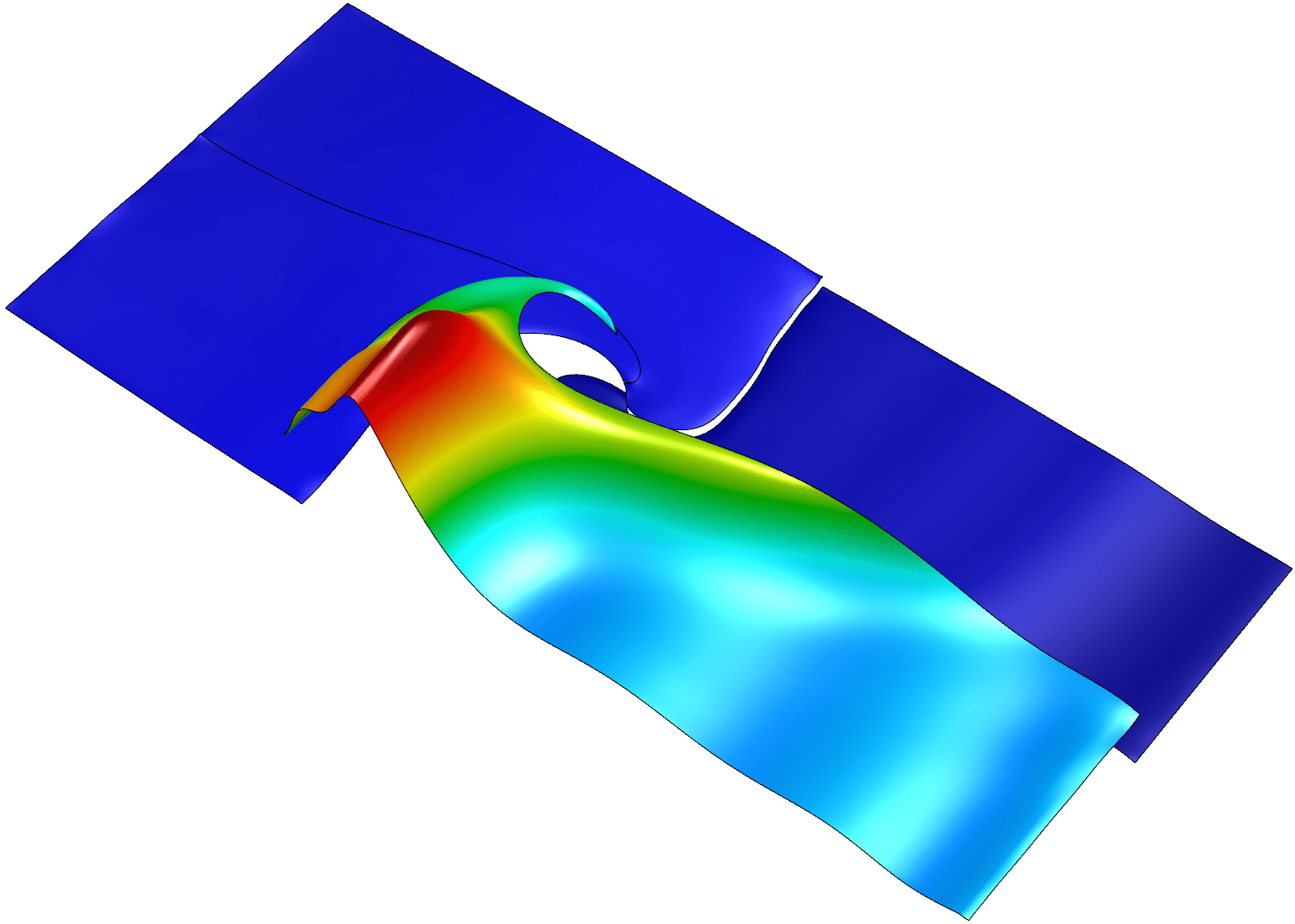 Triple point shock interaction on 4 elements of order 12. Note the element curvature and the high variation of the field inside the lower right element. 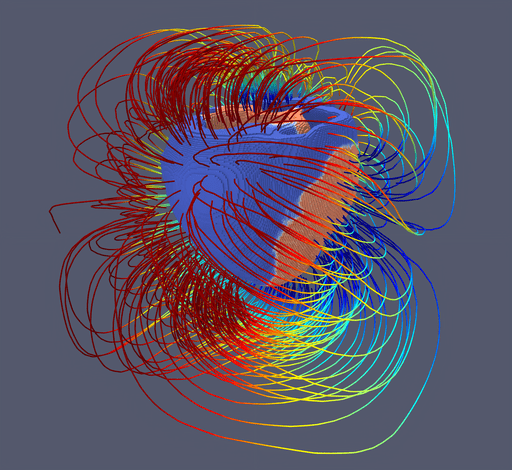 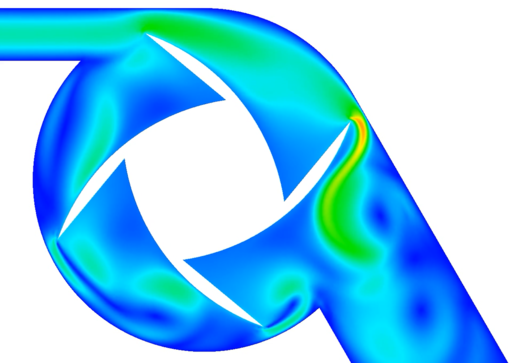 Axisymmetric computation of an air flow in a tube with continuous Galerkin discretization. Image courtesy of Raphael Zanella, as part of the 2021 MFEM Workshop Visualization Contest.

Streamlines of the magnetic field from a parallel computation of the magnetostatic interaction of two magnetic orbs. Visualization with VTK. 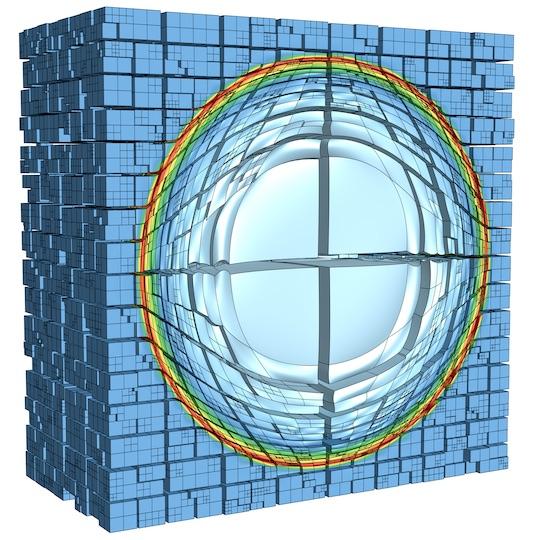 Test of the propagation of a spherical shock wave through a random non-conforming mesh in the MFEM-based BLAST shock hydrodynamics code. Visualization with GLVis. 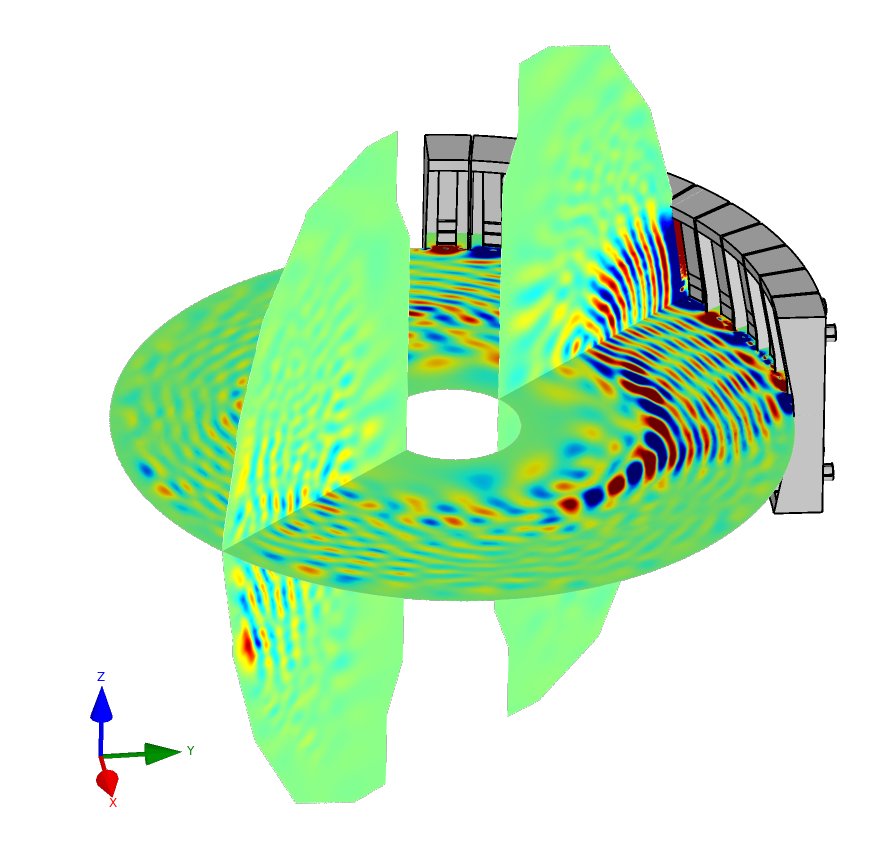 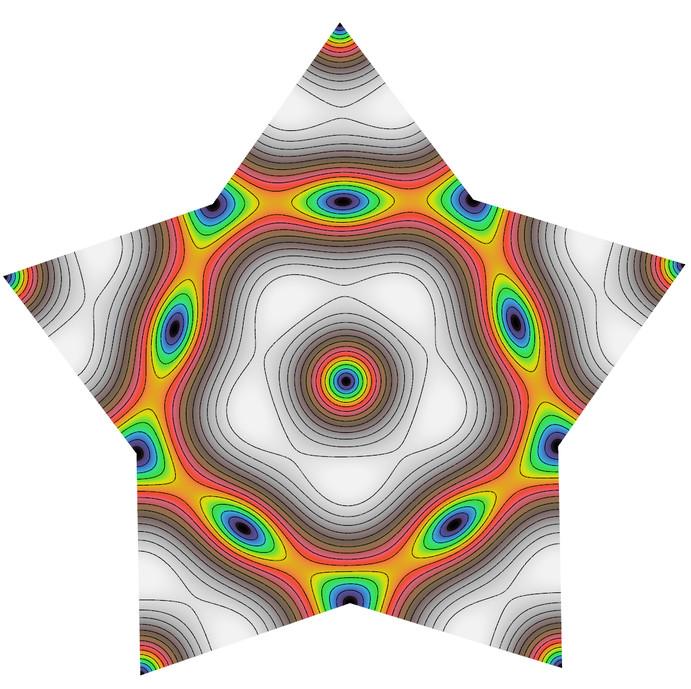 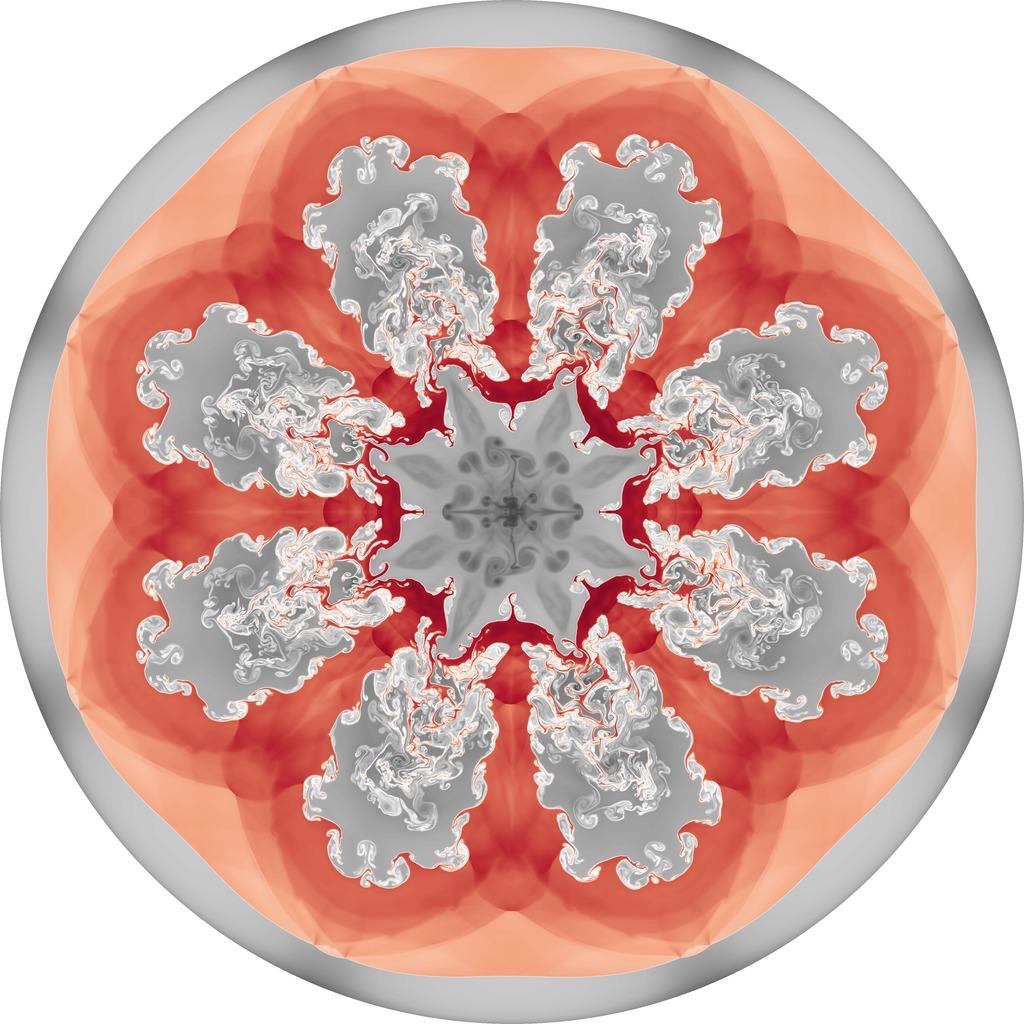 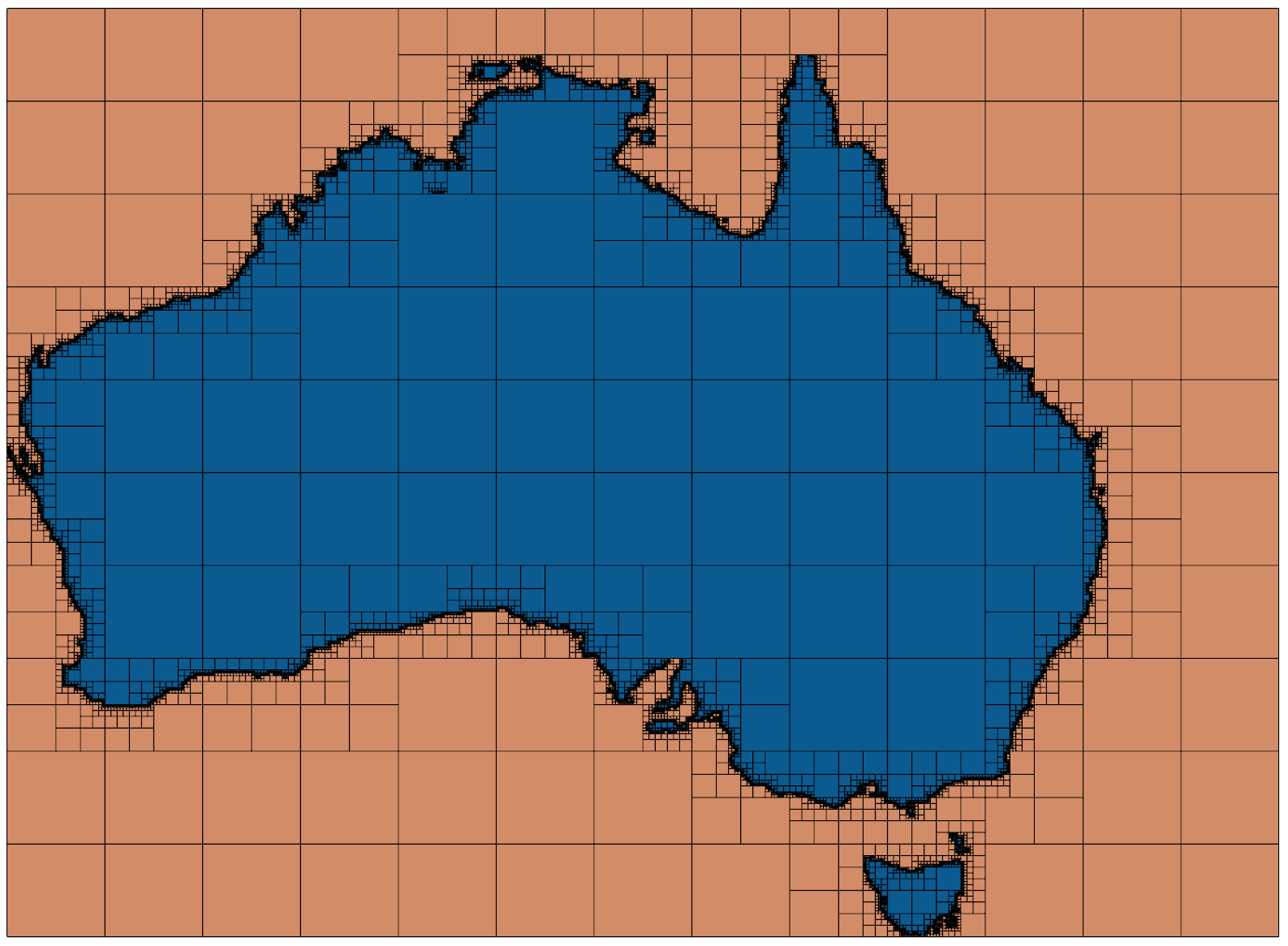 Two-region AMR mesh generated by the Shaper miniapp from successive adaptation to the outlines of Australia. 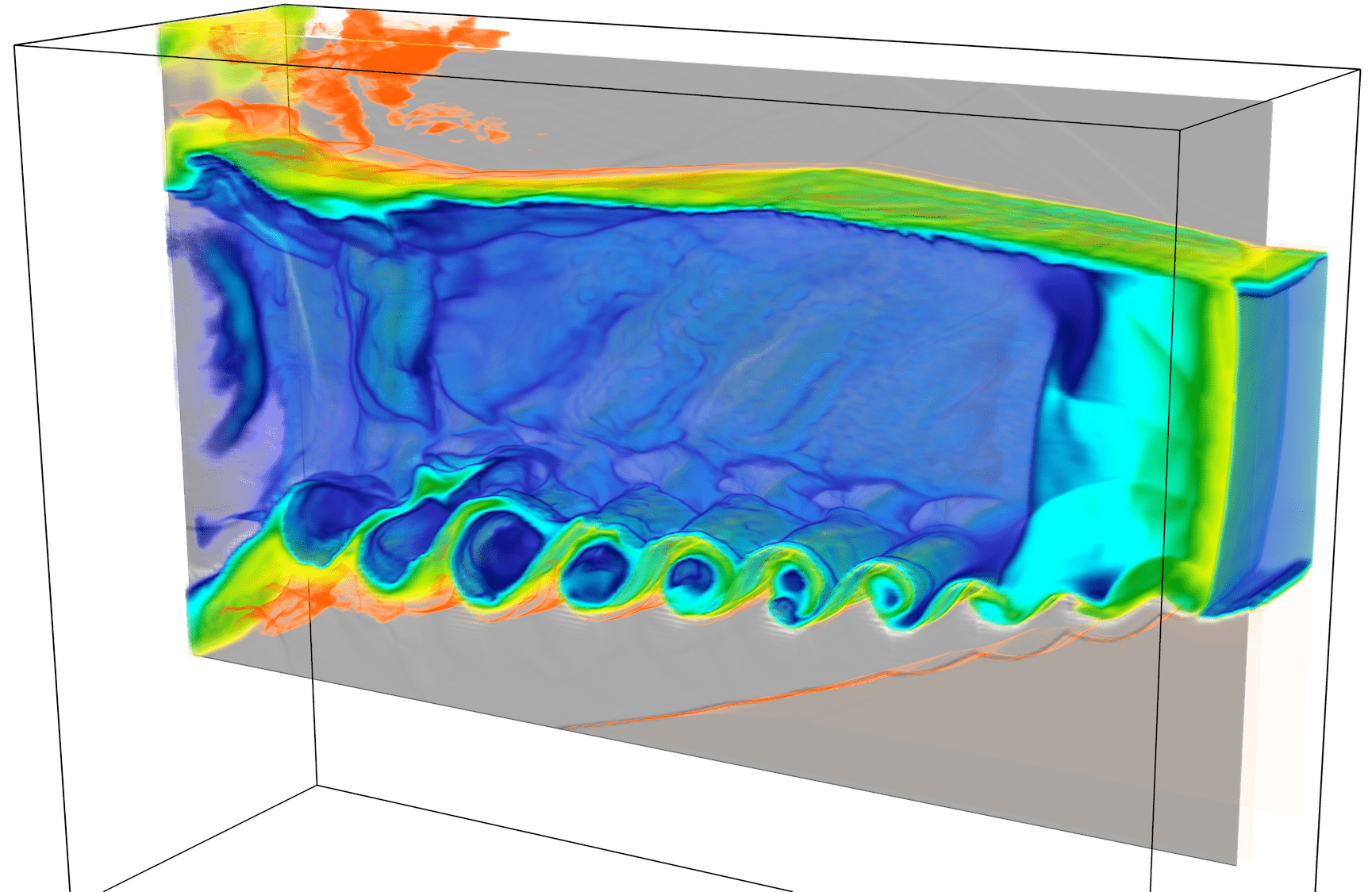 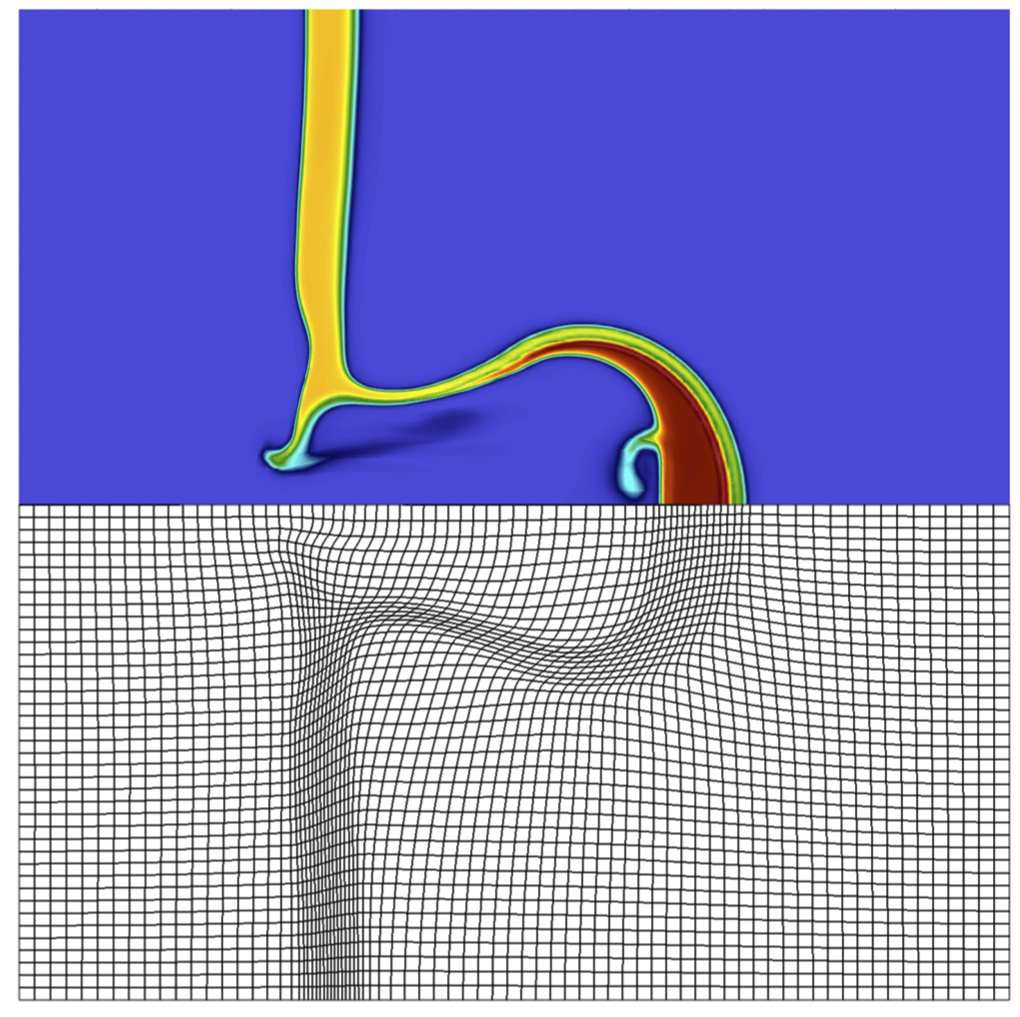 Simulation-driven r-adaptivity using TMOP for a three-material high-velocity gas impact in BLAST. Visualization with VisIt. Click here for a movie. 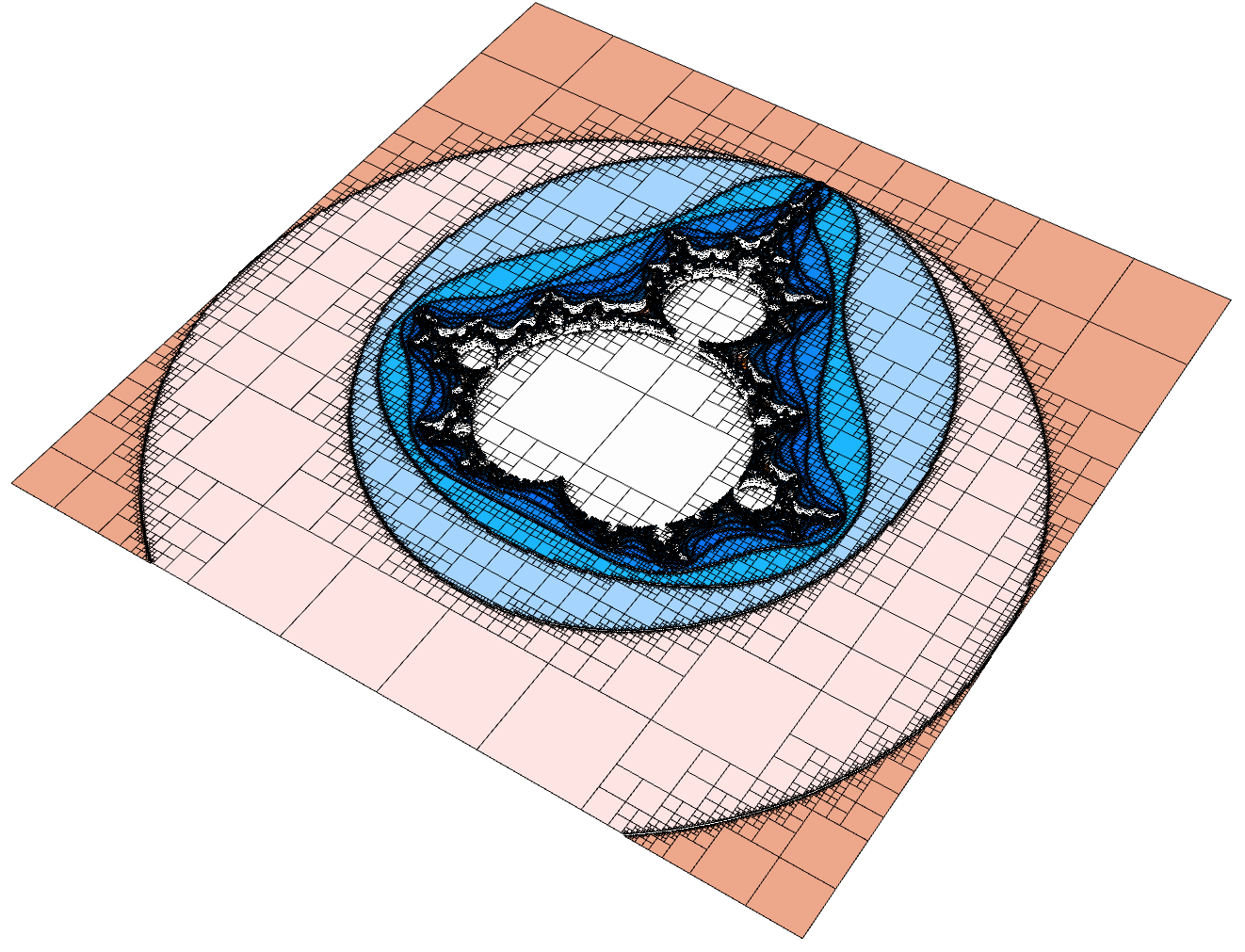 The Shaper miniapp applied to a multi-material input functions described by the iterates of the Mandelbrot set. Visualization with GLVis.

Topology optimization of a drone body using LLNL's LiDO project, based on MFEM. 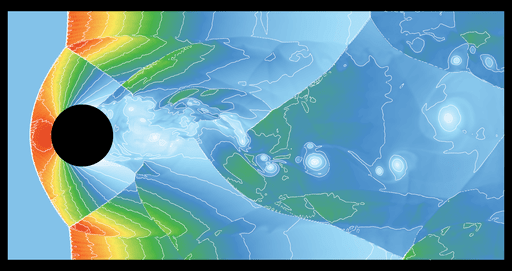 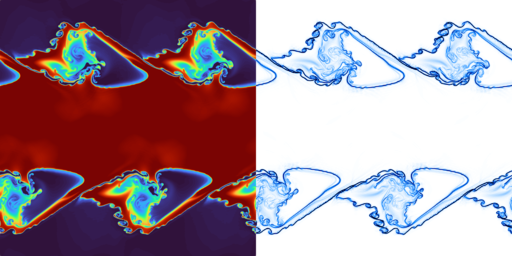 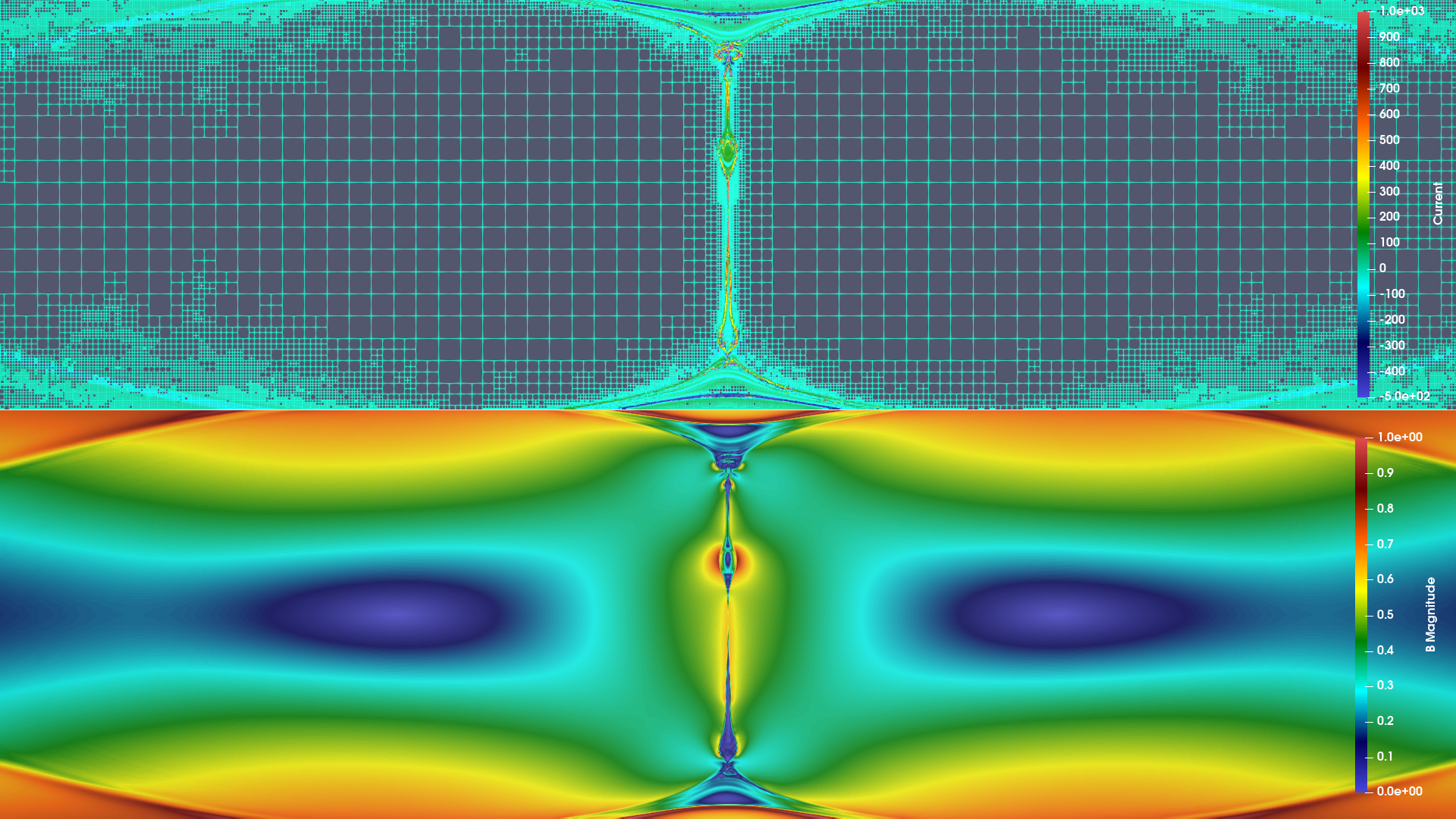 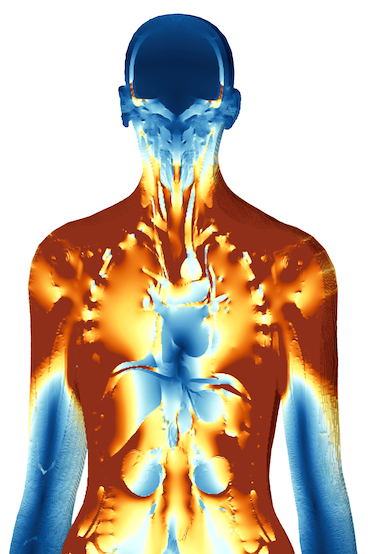 Electric field induced by an MRI gradient coil in a human body. Simulation by the Magnetic Resonance Physics and Instrumentation Group at Harvard Medical School. 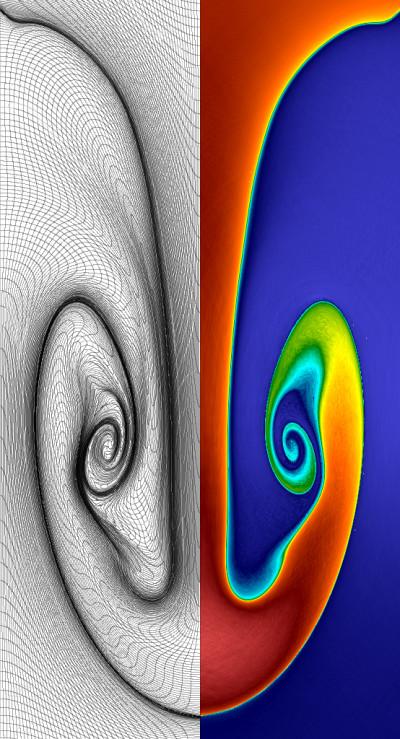 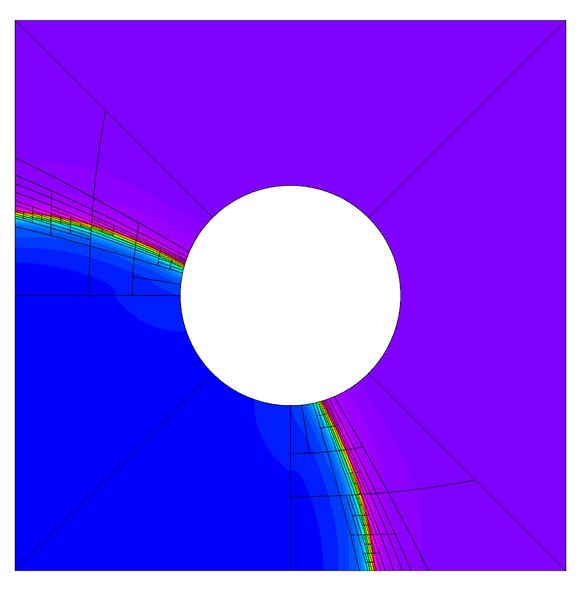 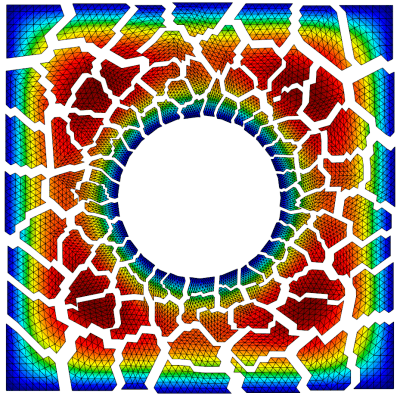 Parallel version of Example 1 on 100 processors with a relatively coarse version of square-disc.mesh. Visualization with GLVis. 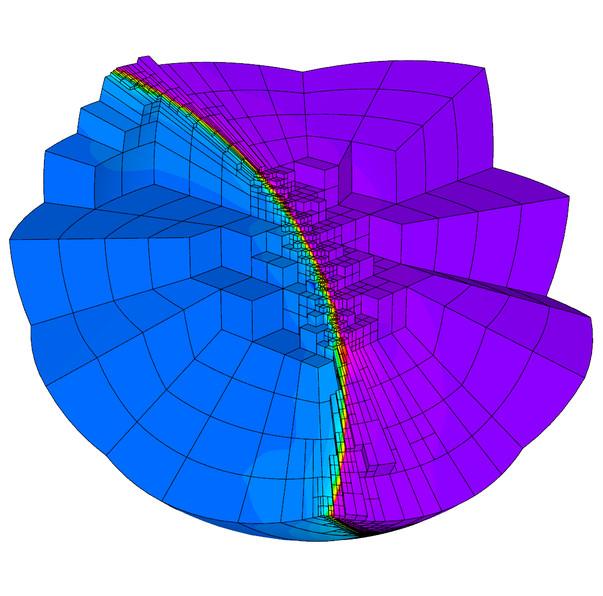 Anisotropic refinement in a 3D version of the AMR test. Portion of the spherical domain is cut away in GLVis.

Structural topology optimization with MFEM in LLNL's Center for Design and Optimization. 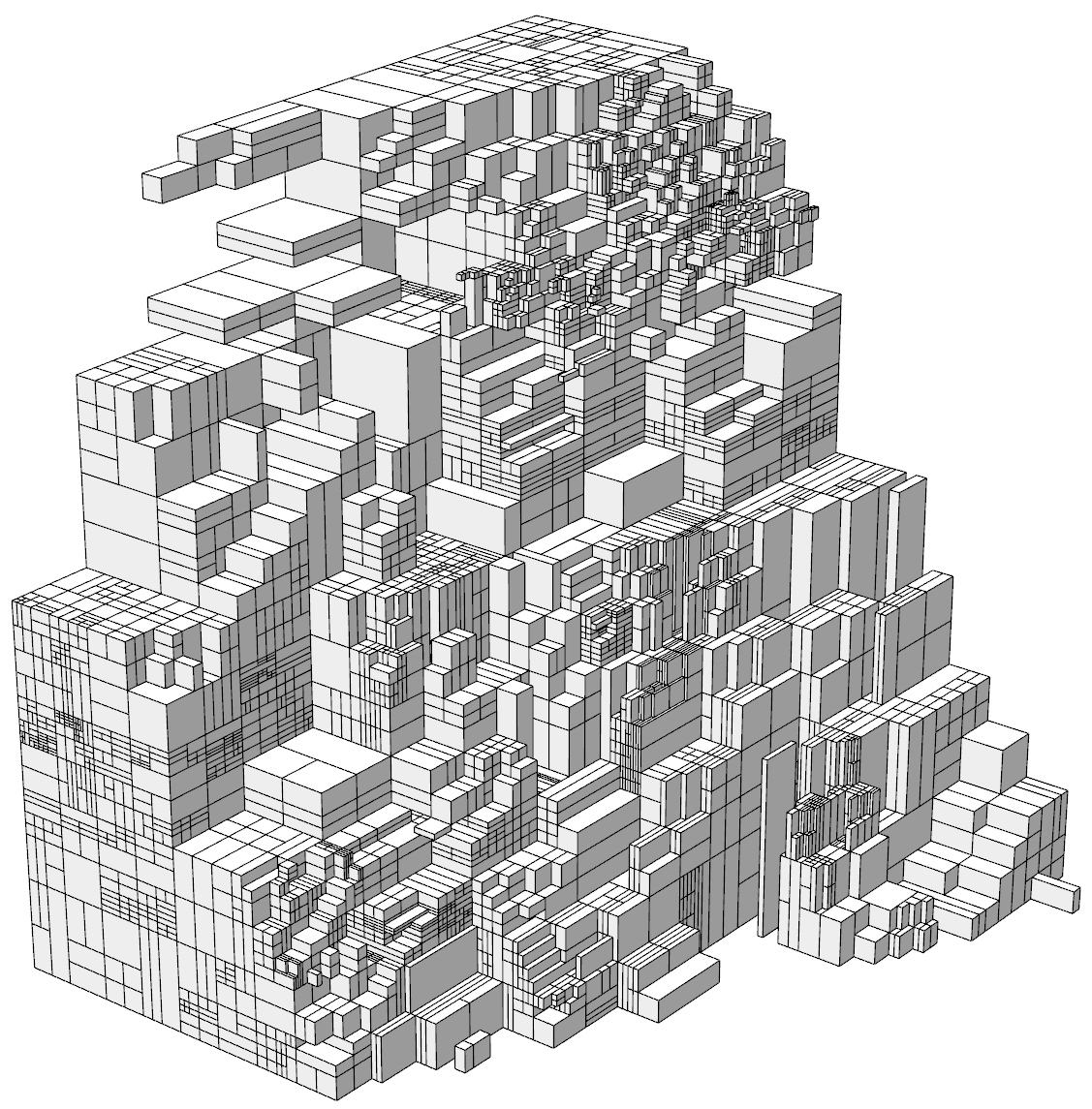 Test of the anisotropic refinement feature on a random mesh. A slightly modified version of Example 1. Visualization with GLVis. 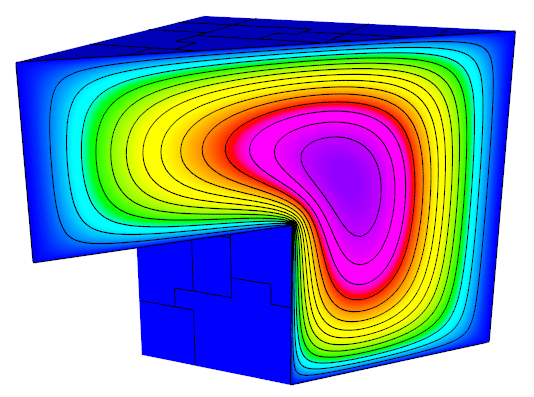 Level lines in a cutting plane of the solution from the parallel version of Example 1 on 64 processors with fichera.mesh. Visualization with GLVis. 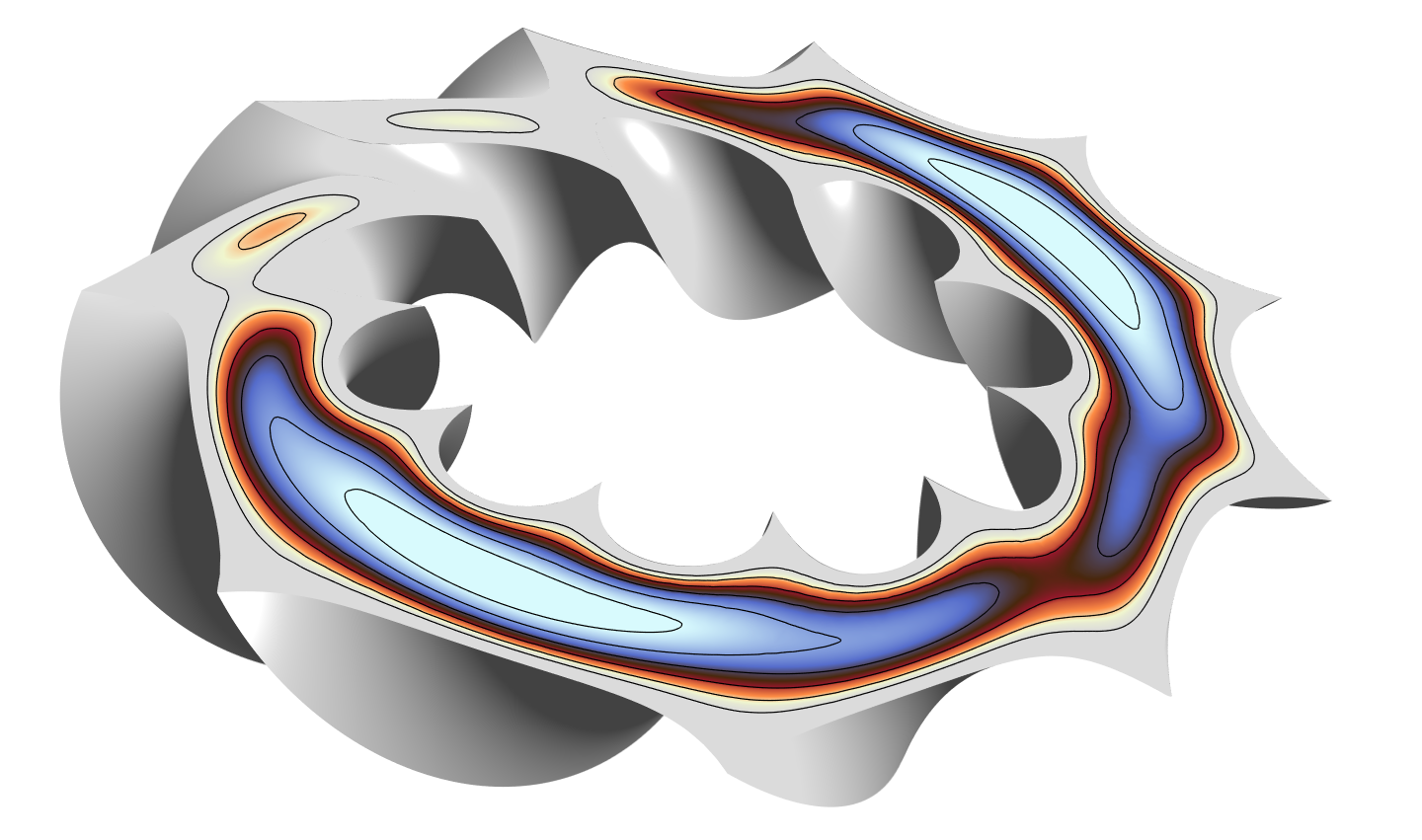 Cut image of the solution from Example 1 on a sharply twisted, high order toroidal mesh. The mesh was generated with the toroid miniapp. 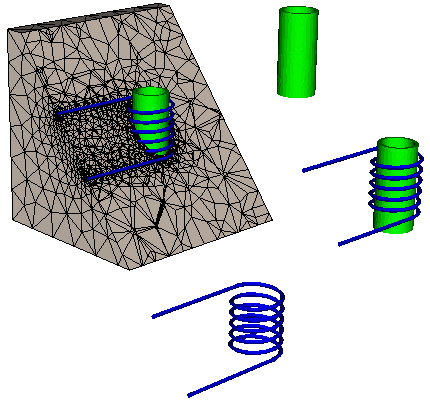 Cut image of an induction coil mesh and three sub-meshes created with the Trimmer miniapp. Visualization with VisIt.

Viscoealstic flow of blood through an artery with aneurysm. Modeled by the Hookean dumbbell model discretized with BCF-method (Navier-Stokes+SUPG). Image courtesy of Andreas Meier, as part of the 2021 MFEM Workshop Visualization Contest. 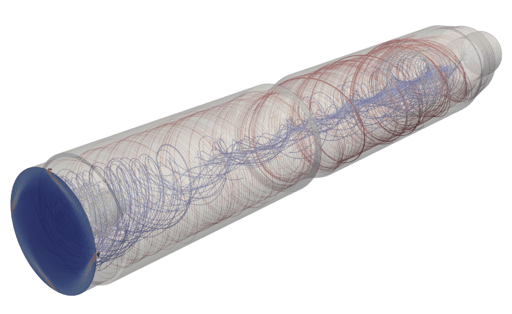