A handful of "toy" miniapps of less serious nature demonstrate the flexibility of MFEM (and provide a bit of fun):

The automata miniapp implements a one dimensional elementary cellular automata as described in: Wolfram MathWorld.

This miniapp shows a completely unnecessary use of the finite element method to simply display binary data (but it's fun to play with). 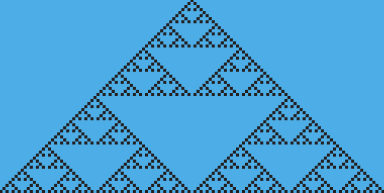 The automata miniapp has only three options; -vis or -no-vis to enable or disable visualization, -ns which defines the number of steps to evolve the cellular automata, and -r to select the rule which is applied at each step. Rules for this type of cellular automata consist of a sequence of 8 bits which are normally passed as an integer 0-255. The rule defines how to update each cell based on the current values of that cell and its two nearest neighbors.

The life miniapp implements Conway's Game of Life. A few simple starting positions are available as well as a random initial state. The game will terminate only if two successive iterations are identical.

Users can control the size of the domain and the initial placement of simple objects like blinkers and gliders. Arbitrary patterns can be supplied through the --sketch-pad or -sp option. The sketch pad was used to produce the above image with the command line:

The values following -sp are the starting coordinates of the pattern followed by zeros or ones to indicate pixels that should be off or on, any twos indicate new lines in the pattern.

The lissajous miniapp generates two different Lissajous curves in 3D which appear to spin vertically and/or horizontally, even though the net motion is the same.

The mandel miniapp is a specialized version of the shaper miniapp which adapts a mesh to the Mandelbrot set. 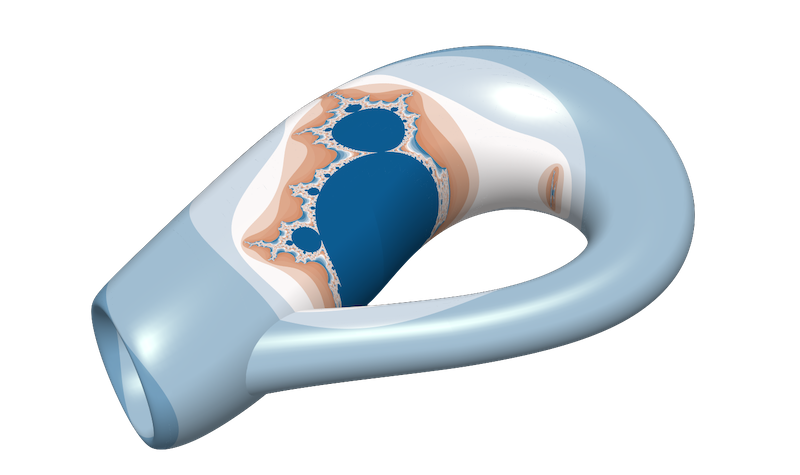 Both planar and surface meshes are supported.

The mondrian miniapp is a specialized version of the shaper miniapp that converts an input image to an AMR mesh. It allows the fast approximate meshing of any domain for which there is an image. 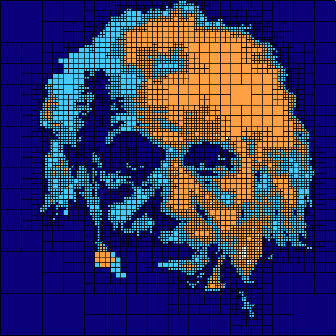 The input image should be in 8-bit grayscale PGM format. You can use a number of image manipulation tools, such as GIMP (gimp.org) and ImageMagick's convert utility (imagemagick.org/script/convert.php) to convert your image to this format as a pre-processing step, e.g.:

The rubik miniapp implements an interactive model of a Rubik's Cube™ puzzle.

The basic interactive command is of the form [xyz][1,2,3][0-3] which rotates, about the x, y, or z axis, a single tier, indicated by the first integer, by a number of increments, indicated by the final integer. Any manipulation of the cube can be accomplished with a sequence of these simple three character commands.

The snake miniapp provides a light-hearted example of mesh manipulation and GLVis integration.

The Rubik's Snake™ a.k.a. Twist is a simple tool for experimenting with geometric shapes in 3D. It consists of 24 triangular prisms attached in a row so that neighboring wedges can rotate against each other but cannot be separated. An astonishing variety of different configurations can be reached. 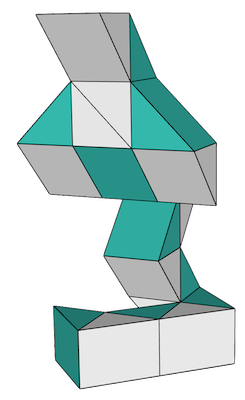 Thirteen pre-programmed configurations are available via the -c [0-12] command line option. Other configurations can be reached with the -u option. Each configuration must be 23 integers long corresponding to the 23 joints making up the Snake™ puzzle. The values can be 0-3 indicating how far to rotate the joint in the clockwise direction when looking along the snake from the starting (lower) end. The values 0, 1, 2, and 3 correspond to angles of 0, 90, 180, and 270 degrees respectively.